Welcome to our latest Euro 2020 predictions, today we are looking at Scotland’s Group D encounter with the Czech Republic. It promises to be an exciting encounter as both sides will be desperate to get their Euro 2020 campaign off to a winning start.

In this article, we will give you our very best Euro 2020 predictions for the game and tell you where to find the best odds. We will look at both teams, assess their recent form, their previous meetings and break down the key statistics. It’s all aimed at given the key information you need to place a winning bet. 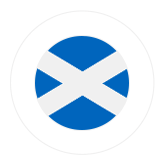 Scotland’s biggest game of the century

After a 23 year absence, Scotland make their long awaited return to major tournament action. They qualified via a dramatic penalty shoot out victory over Serbia, but have been in patchy form since that famous night in Belgrade. Victories over minnows Luxembourg and the Faroe Islands have been offset by defeats to Slovakia and Israel.

The Scots have the players to make an impact on this tournament. Scott McTominay, Andrew Robertson, Che Adams and Kieren Tierney all have plenty of Premier League class and experience. The big question is, how will this squad cope with the pressure of a home crowd after such a long tournament absence. 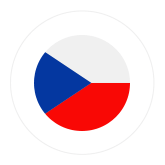 Aside from a 4-0 friendly defeat to Italy and a World Cup qualifying loss to Wales, the Czechs come into Euro 2020 in fine form. They recorded a highly credible 1-1 draw with Belgium in March and have recent wins over Albania, Estonia, Slovakia and Israel.

Unlike the Scots, the Czechs are regulars at major tournaments. They have qualified for every European Championship since the nation became independent in 1993, this run includes an appearance in the final the last time it was played at Wembley. This squad might not have the world class talent of previous generations, but they do possess some highly talented individuals in the form of Tomas Soucek, Vladimir Coufal and Patrik Schick.

The two sides met twice in the Nations League last year. Scotland took the spoils both times by a single goal. In fact, the Scots are undefeated in the last four encounters between the sides. However, the Czechs have won three of their previous four European Championship qualifying matchups.

Overall, the sides have met nine times, with four wins apiece. The Czechs just hold the goalscoring edge, with 12 goals compared to Scotland’s 11.

After weighing up all of the available information, our Euro 2020 prediction today is that the game will end in a draw.

Too close to call

The Czechs are very marginal favourites here, but most bookies have this game as a virtual coin flip and we are inclined to agree. On paper there is very little to separate the teams. Yes, Scotland won both of their Nations League encounters, but they were both very tight matchups that could have gone either way. Scotland do have home advantage, but the Czechs are the far greater tournament experience.

Scotland have arguably the better midfield and probably have the better individuals. However, the Czechs possess plenty of quality themselves and we can definitely see them finding the net.

The odds on a draw are relatively short, but it looks like a solid bet given the even looking nature of the contest. Currently the best price on a point apiece is the 3 being offered by Bet365.

Tip: Draw
Odd: 3
Bet Now
×
Your Bonus Code:
The bonus offer was already opened in an additional window. If not, you can open it also by clicking the following link:
Visit Site