There are arguably no two teams this Premier League prediction weekend which know what the other is going through as intimately as Leeds United and Southampton. The latter is desperate for their first win of the season, while the former only just escaped their own winless quicksand. And for both, the prospect of relegation looms.

This dynamic creates a tension and a need to win that is not just exciting but that can also have huge implications for Premier League predictions today. How well teams respond to pressure has a huge impact – and make no mistake, the pressure is very much on in this fixture. Who do we think will rise above this boiling point? Keep reading to discover our Premier League predictions. 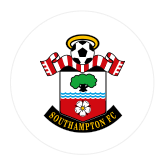 Plenty of Potential But Few Points for Southampton

The potential of Southampton is vitally important to understand for any carefully considered Premier League tips betting. They showcased their quality early, tying up Manchester United in a 1-1 draw. The Saints also showcased their grit in a 2-2 thrill against Newcastle United, where Ward-Prowse saved a point six minutes into injury time. They even looked unfortunate to go to a goalless draw against defending champions Manchester City. What an upset that would be. But, it still wasn’t a win.

Worse still, they lost their last two outings against Wolves and Chelsea. For all their promise, their fans must be asking – just as we ask in our Premier League predictions today – whether they have what it takes to get the job done.

Leeds United know Southampton’s agony all too well, having only just vanquished their own winless demons with a 1-0 win over Watford. That single goal by Llorente could have easily been joined by a few more if Leeds could follow through more effectively.

In many ways, Leeds and Southampton have felt like mirror images. Leeds even lost to Manchester United in their first match while drawing with Everton in the second. We can’t base our Premier League prediction weekend on singular wins either, especially as we can’t honestly say Leeds have played better football than the Saints. Certainly if Southampton bring their A game, Leeds will have plenty to answer for.

It’s been a long – if very entertaining road – to get to this particular installment of your Premier League prediction weekend. They’ve played across divisions and generations, with the first game taking place in 1922 and Leeds historically pulling  ahead with 47 wins to Southampton’s 27.

Not only that but Leeds also have a trio of victories to their name in the run up to this match, each one of them achieved without conceding a single goal. These include 2-0 and 3-0 results from last season. Of course, these are much more relevant than their 2012 League Cup clash 3-0 victory. There’s no doubt, history has favoured Leeds so far.

Want a closer look at those statistics so you can add more arrows of knowledge to your betting bow? Never fear, here’s our statistical highlights to help you better understand all the relevant context heading into this most exciting of fixtures.

While the obvious tension of this game might make you want to back a decisive victory, we’re actually going to go the other way. Our betting tip for today is for a draw.

It’s not especially surprising to us that the possibility of a draw seems rather underrated here. We all get invested in games and want to see a winner, but that doesn’t always mean that it makes the best Premier League tips predictions. Let’s look at the facts here: Leeds have drawn three out of the seven games played so far, and Southampton four.

On top of that, it’s hard for us to pick a winner between them. Southampton have arguably played better but Leeds have plenty of talent, even with injury concerns, to fight back. Southampton have the home advantage, Leeds the head to head advantage. These two look neck and neck to us,  and we think you could call the chance of a draw on a coin flip. However, bookmakers don’t see it that way, meaning you can get what we consider to be very generous odds on a draw.

That’s why we think the best Premier League predictions – and our chosen betting tip – in this instance, is not through backing a winner but rather a stalemate.

Tip: Draw
Odd: 11/4
Bet Now
×
Your Bonus Code:
The bonus offer was already opened in an additional window. If not, you can open it also by clicking the following link:
Visit Site