The penultimate round of Bundesliga fixtures brings us a top 4 clash in East Germany as RB Leipzig host Borussia Dortmund. The Black and Yellow visitors have fallen off the pace recently, while the hosts will be looking to seal European football in this Saturday’s crucial clash.

We’ve taken a look at the Bundesliga story this season, both sides’ form during the campaign and past meetings between the two sides to bring you our betting tip for this one. One thing for sure is that Leipzig need this win more than their visitors. 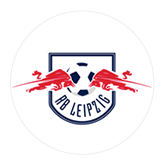 Leipzig are sitting in 3rd place in the Bundesliga with 2 games to go, just 3 points ahead of 4th place Bayer Leverkusen and 4 points ahead of 5th place Borussia Mönchengladbach, both of whom have less tricky ties this weekend. A win would see them go on level points with Dortmund and mathematically confirm Champions League football next season. While it’s not quite a ‘must win’ for Julian Nagelsmann’s men, it’s definitely a ‘best not lose’, as his side require 2 points from their last 2 games to cement their top 4 status. 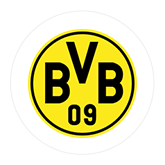 Dortmund look to end the season on a high

Dortmund were in blistering form either end of the enforced break, but have taken their foot off the gas slightly since losing to Bayern at the end of May, a game that ended any title hopes they may have been harbouring after the restart. Dortmund did pick things back up again after the defeat against Bayern, as they won their following 3 games, however they slumped to shock 2-0 home defeat at the hands of a struggling Mainz side in the midweek. With Champions League football secure and the title gone, Lucien Favre’s men are playing for little more than pride.

This is only Leizig’s 4th season in the Bundesliga, following their monumental rise up through the ranks since their foundation in 2009. As such, there have only been 7 competitive matches between the sides. Dortmund have a slender advantage against their hosts, having won 3 of these meetings to Leipzig’s 2, leaving 2 draws – including a 3-3 thriller in the reverse fixture this season. Dortmund have only failed to score once in this fixture, which was a 1-0 defeat in the sides’ very first meeting in 2016. However Leipzig themselves have only failed to find the net on 2 occasions against Dortmund.

As well as taking a look at past meetings between these 2 sides plus both teams’ form this season, we’ve also taken each teams’ motivation into account when coming up with our predictions for this match. It’s perhaps the tightest fixture we’ve looked at since the restart.

Having analysed all of the above information, we’re predicting a well fought draw between the sides with a couple of goals at either end of the park.

A hard fought draw in lies ahead in Leipzig

While Leipzig definitely need the win more this weekend to secure Champions League football next season, Dortmund’s motivation to bounce back following their shock home defeat midweek should do enough to cancel Leipzig out. The two sides shared the spoils in a 6 goal thriller back in December and we can expect at least a couple of goals at either end on Saturday with Dortmund’s Erling Haaland and Leipzig’s Timo Werner being the two prime candidates to score.

Our main betting tip for this week is a straightforward draw, which you can place with Bet365 at odds of 3.8. For those looking for a surer bet with a smaller return, we’d go for over 3.5 total goals at 2.38 with 888Sport. If you’re looking for an anytime goalscorer, you can back Werner at 2.1 with BetVictor or Haaland at 2.25 with 888Sport.

Tip: Draw
Odd: 3.8
Bet Now
×
Your Bonus Code:
The bonus offer was already opened in an additional window. If not, you can open it also by clicking the following link:
Visit Site