After the international break, we’re back yet again with another Premier League prediction weekend here at Betastic. As always, our team of dedicated experts have analysed, the facts, the figures and team news to bring you our top Premier League tips, predictions and more this week. 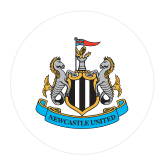 Steve Bruce’s Newcastle continues to divide fans, on the one hand, they’ve managed to get results, including a win over a high flying Everton side that defied many Premier League predictions. On the other hand, however, many Newcastle fans are disgruntled by the ‘boring’ brand of defensive football being played. Whatever, you’re view however, Newcastle are sitting closer to the top 4 than the bottom 3 after 7 games, which is the best we can realistically expect from the Magpies. Newcastle will likely miss key man Callum Wilson this weekend, but his injury isn’t as bad as initially feared.

Chelsea finally moving up a gear

Inconsistency and defensive fragility were the two key markers in the early stages of the season for Frank Lampard’s Chelsea, however, after following up 3-3 draws, with drab 0-0 games in both the Premier League and the Champions League, Lampard looks to have finally figured out how to balance the defence while getting the best out of the array of attacking talent he has at his disposal. The fact that his new signings look to to have gelled with the team has also helped. The most notable of these being the dynamic German goal-scoring duo of Kai Havertz and Timo Werner.

In a game that defied Premier League predictions, Newcastle actually ran out 1-0 winners in this fixture back in January last season. However prior to that, Chelsea had won their last 3 meetings with Newcastle. All in all, the last 4 matches between these side have been decided by a single goal. The last time this fixture was decided by a larger margin was in May of 2018, when Newcastle pulled off a shock 3-0 win against Chelsea – one of the Toon Army’s fondest memories of the Rafa Benitez era.

Below, we’ve provided the result from the last 5 matches between Newcastle and Chelsea as well as 3 statistical highlights that could influence this weekend’s game. We’ve used this information and more in order to create our Premier League prediction weekend for you.

Having analysed the above information, our Premier League predictions today point to a Chelsea win at the weekend.

Chelsea to win comfortably, but by a low margin

Under Steve Bruce, Newcastle are very much a side that the start the game with a point and try not to lose it. And generally, speaking, they have been successful at this to an extent. Aside from their 4-1 loss to Manchester United, the Magpies haven’t conceded more than 2 goals since mid September. Their last outing resulted in a 2-0 away loss to Southampton, an attacking side. Therefore, we see them going ahead with a similar game plan against the attacking prowess of Chelsea. Newcastle will go out not to lose, but we see Chelsea prevailing comfortably, but not significantly. Our betting tip for this weekend is therefore to back Chelsea to win both halves, which you can place with Bet365 at odds of 2.25. We also see the likelihood of Newcastle scoring being fairly low, as they’re missing Callum Wilson through injury.

Tip: HT/FT Double: Away/Away
Odd: 2.3
Bet Now
×
Your Bonus Code:
The bonus offer was already opened in an additional window. If not, you can open it also by clicking the following link:
Visit Site