We have a true David vs Goliath contest here as defending champions Manchester City go head to head with Burnley. The away team just about saved themselves from relegation last season – while their upcoming opponents triumphed – and sit in the danger zone already in these early stages of the Premier League season.

Manchester City Struggle to Live Up to Their Sky High Expectations

Third place in the Premier League would be something most teams would be proud of. However, Manchester City are not most teams. All good Premier League predictions must recognise their quality. That said, they’ve not had the easiest time as of late, losing to PSG in the Champions League and failing to vanquish rivals Liverpool in a thrilling 2-2 draw – where a point was saved by an amazing Kevin De Bruyne equaliser.

Their goalless draw against Southampton further proved their fallibility, and will be a source of hope for Burnley. Still, they bested Chelsea, Leicester and Arsenal recently, so let’s not get ahead of ourselves with putting too much stock in City’s hiccups in our Premier League predictions today. 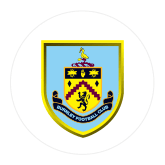 There is some good news for fans of the Clarets: considerations that are vital to any Premier League tips predictions for this fixture. They have proven themselves a defensively tough side and are harder to beat than their record would suggest. In addition, they’ve quite the wealth of talent with Chris Wood and Ashley Barnes as key goalscorers, and new signing Maxwel Cornet proving his capabilities with a beautiful volley goal against Leicester.

That said, they’ve failed to make that count when it comes to points. Right now, they sit in the relegation zone with a measly three points, having failed to win a single game so far this season. We can’t imagine many worse teams to attempt to break that winless streak against this Premier League prediction weekend than Man City.

Although the home team and defending Premier League champions may come into this contest as clear favourites according to most Premier League predictions, it’s worth noting that these two have had a healthy back and forth rivalry across divisions for well over a century. City are still in the lead with 52 wins to Burnley’s 30, but it’s still closer than a lot of people might think.

However, what really matters to Premier League predictions today are the recent results and they make for grim reading for Burnley fans. Manchester City beat Burnley in their last eight meetings. You have to go back 14 games to 2015 to see Burnley squeeze through a 1-0 win. Another clear advantage to City.

There’s a whole lot of history between Manchester City and Burnley, so we thought it best to break down the most important bits. That way, you can see which bits of info we viewed as most helpful to our predictions – and by extension, your choice of betting market.

As we felt that simply backing Manchester City to win wouldn’t produce satisfying enough odds, we have instead chosen Over 3 Total Goals for our pick this Premier League prediction weekend.

Let’s start with the obvious. All indicators would suggest that it’s extremely unlikely that Burnley walk away with the win here. Of course, this is the Premier League and anyone could beat anyone – that’s what history tells us. But this prediction isn’t about what is possible. This is about what is likely. Burnley have failed to win a single game, and while City haven’t always gotten the results they’ve wanted, they remain in contendership for the top slots this season. Furthermore, there’s been 14 head to head fixtures since Burnley last beat Manchester City.

Unfortunately, the bookmakers very much agree with our sentiments here, meaning the odds on City winning are very weak. And we can’t back Burnley without going against all logic. We decided to go with Total Goals Above 3 instead. This seems like a number City could meet on their own based on recent head to head contests. There’s also the possibility a determined Burnley could breach the home team’s defences, as the likes of Chris Wood can be a threat to just about any team.

Tip: Total Goals Over 3
Odd: 1/1
Bet Now
×
Your Bonus Code:
The bonus offer was already opened in an additional window. If not, you can open it also by clicking the following link:
Visit Site