A few games ago, Premier League tips predictions on this game would have been much easier to call. The consistency, reputation and quality of Liverpool is hard for any team to match up with, particularly a team with the difficulties Crystal Palace have suffered in scoring goals the last few seasons.

However, with their dismantling of Tottenham in their last game, it appears they may have turned a corner. This means many people are questioning their Premier League predictions today, and wondering if this invigorated squad could bring it to their juggernaut foes. What do we think? Keep reading to find out.

The steady hand of Jürgen Klopp has again yielded consistent results this season. In fact, those of you who want notes that go beyond this Premier League prediction weekend may be interested to know they currently sit in third place – which is exactly where they ended up last season.

Not only have Liverpool handily bested Norwich, Burnley and Leeds, but they have also done so without conceding a single goal. This shows how well rounded they are, while their list of goals already is a showcase of incredible talent: Jota, Firmino, Salah, Mane, have all already drawn blood in this contest. It would make first goalscorer Premier League predictions surprisingly difficult. Still, a 1-1 draw against Chelsea proves they are not infallible. 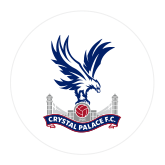 Serious Improvements Have Been Shown by Crystal Palace

Conor Gallagher broke the drought in an exciting 2-2 match against West Ham. That was just a precursor to their astounding 3-0 defeat of Tottenham – a showcase for the power of Zaha and Edouard. Can the Eagles soar with this new goalscoring dimension? It’s one of the most interesting stories of this Premier League prediction weekend.

If there are any surprises relevant to Premier League tips betting, it’s probably just how dominant Liverpool have been in recent years. For instance, the last time Crystal Palace beat Liverpool was back in 2017. And if that doesn’t sound too bad, keep in mind they have met nine times since then.

That’s right, if Liverpool win this game, it will make it their 10th victory against Crystal Palace in a row and on top of that, the last three wins came with a clean sheet. They bested the Eagles 2-0 in May this year, by an astounding 7-0 in December 2020 and 4-0 last June.

The statistics that lead into these games are truly something to behold. It’s one of the most one-sided sets of results between two top-flight teams we can recall in recent years. To help you get your head around them, here are some highlights.

While we have nothing but respect for the improvements Crystal Palace have made, our predictions can really only be reasonably headed in one direction. That means our betting tip is for Liverpool to win to nil.

We don’t want our Premier League predictions today to seem like a dismissal of the dramatic improvements that Crystal Palace has made. We really do think they may have unlocked something in terms of attacking potential that will really bare fruit throughout this season. However, we don’t think that means they’re going to beat Liverpool here.

The fact is that while their defeat of Tottenham was very impressive, it was hardly Spurs’ best outing – and we feel that Liverpool would have just as easily dismantled them with that kind of form. Considering this, the fact that Liverpool beat Crystal Palace to nil in their last three games, and that they’ve only conceded one goal all season, our Premier League predictions have concluded that backing Liverpool to win to nil is the smartest tip we can offer you.

Tip: Liverpool to Win to Nil
Odd: 21/20
Bet Now
×
Your Bonus Code:
The bonus offer was already opened in an additional window. If not, you can open it also by clicking the following link:
Visit Site