The Premier League is made of ups and downs, and it’s that seesaw which makes the top tier of English football as exciting as it is. However, we fear that fans of both Leeds United and Wolves may be suffering from a touch of whiplash from following the bounce of points and performance of their favourite club.

Of course, this makes Premier League predictions today tougher than with more consistent sides – even as we see their waves of quality start to settle from their initial season start storm. If you want a little help making sense of these two dramatic teams at a pivotal moment, you’ve come to the right place. 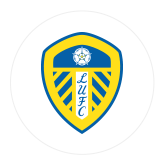 What a frustrating season it has been for Leeds United fans so far. Unfortunately, that doesn’t look too likely to change this Premier league prediction weekend. We’ve seen disappointment and hope – with more ups and downs than a yo-yo. It’s a Premier League tips betting nightmare.

We’ve had that stunning Raphinha comeback shot against Everton, a last-minute saving grace by Bamford against Burnley and the vital release of pressure with their 1-0 win over Watford. But you only need to look at their failure to follow up on this change in momentum against Southampton – their most recent game which they lost 1-0 – to see our problem with being too confident in backing Leeds in our  Premier League predictions today. 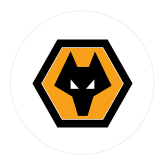 On the face of it, it may seem a surprise that there is such a feeling of optimism for Wolves considering they opened this season with a trio of losses. To be fair, they looked rather good performance wise. They only lost by a single goal each game, and had Leicester, Tottenham and Manchester United to contend with. We’d certainly view it as a better looking start for our Premier League predictions than Leeds’ 5-1 disaster against Manchester United.

They broke the seal with a 2-0 win over Watford, which also saw a goal by the debuting Hwang Hee-chan. Better still, they come into this match having repaid their miserable start on points with wins over Southampton, Newcastle and Aston Villa. There’s plenty of reasons to be cheerful for Wolves fans this Premier League prediction weekend.

It’s more good news for Wolves optimists and another helpful hint towards our Premier League tips predictions for this game. We have a pretty clear historical advantage here, with Wolves winning the last five matches against Leeds United. Not only that but four of those games came without Wolves conceding a single goal.

These results showcase games between 2017 to 2021, so it’s a pretty serious piece of evidence pointing in one direction. If Leeds fans want some kind of consolation, they do have the overall historical percentage, having won 42 games to Wolves’ 35.

In terms of Premier League predictions, they don’t get much more relevant than two teams who have faced each other as consistently in recent years as Leeds United and Wolves. Here’s some highlights so you can quickly use them to your strategic advantage.

We’ve got some nice simple Premier League predictions today as we’re backing Wolves to win. We think the bookmakers quite surprisingly cast them as underdogs in this contest.

Potential for Wolves to Defy Bookmakers

The best way to approach any Premier League prediction weekend is two-fold. First off, you need to find a market where you think the result is very likely to happen. But that’s not all, because you also need to find a market which offers good odds. If something seems likely to happen but the bookmakers overwhelmingly agree, you can still end up with poor quality odds. Often, this requires us to go for quite left-field options in our Premier League predictions today.

However, because the bookmakers here have Leeds as favourites – and we actually think Wolves have the better chance of winning – backing Wolves to win is a simple but high quality prediction. While we certainly expect a close contest and Leeds have the capacity to win, we disagree that’s the most likely outcome. Our reasoning is simple: Wolves have had a better season thus far, come into this game with plenty of momentum, and have won their last five games against Leeds. Considering all this, backing them might be a straightforward tip, but we feel it’s still the best.

Tip: Wolves to Win
Odd: 21/10
Bet Now
×
Your Bonus Code:
The bonus offer was already opened in an additional window. If not, you can open it also by clicking the following link:
Visit Site