Our Premier League predictions for this exciting fixture have a difficult task on their hands. These are two in-form teams who are both feeling mightily confident at the moment. The result could go either way but when you look at the history between these two sides you may just want to pick out a Gunners win here.

Arsenal have turned their season around with three wins in a row which includes the scalp of their fiercest North London rival Tottenham. Brighton have not been a push over this season either as they have soared to their best start in the Premier League era to date. Saturday promises to be an exciting match but a difficult one for punters to call. 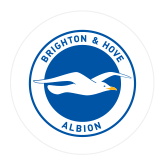 Brighton Could Go Top with Win Over the Gunners

Brighton have been the surprise story so far this season winning four matches from their opening six games and drawing one. It’s been an incredible start to the season by Graham Potter and his men who seem to be bustling with confidence right now. Brighton’s biggest win of the season was arguably against Leicester this season but their fixture list has been rather kind for the most part. This will be their first real test against an inform Gunners side who are coming off the back of a big North London derby day win. Many people were writing Arsenal off in the first three games of the season as things were looking dire for Mikel Arteta’s men having lost three games on the spin. Since then though, the Gunners have won three in a row including a fantastic North London derby day win over bitter rivals Spurs. This is a team who looks nothing like the side who lost 2-0 to Brentford on the opening day and who were battered by Man City and Chelsea. Mikel Arteta’s vision for this side may yet be coming to fruition but they face a stern test at an in-form Brighton on Saturday.

Brighton’s head to head record against Arsenal in the Premier League era is not as bad as you might suppose. They have lost five and won three against the Gunners with two draws being played out as well. The fixture is typically an exciting one with plenty of controversy and goals in the mix as well. There is every chance that Saturday continues that trend as both sides are coming into this one on form.

Look, our Premier League prediction weekend has no easy task predicting this one. These two teams like to play attacking football which means there will almost certainly be goals. As such, our Premier League predictions are almost certainly going for both teams to score but if you want to go for an outright winner we have to go for the Gunners in this one.

This fixture is certainly a tough one to predict which is why our Premier League predictions today have been a little trickier to draw up than usual. However, with Mikel Arteta’s men fresh off of a North London derby win and brimming with confidence it’s difficult to look past an Arsenal win. Our Premier League tips betting on the Gunners for this one, if only by a fine margin.

With that being said, Brighton have been in some of the best form they have ever been in which makes it difficult to completely write them off on Saturday. Our Premier League tips prediction could potentially see the Seagulls snatching a draw on Saturday but we think that a draw is the best that they could hope for at this stage.

Tip: Both Teams to Score
Odd: 1.72
Bet Now
×
Your Bonus Code:
The bonus offer was already opened in an additional window. If not, you can open it also by clicking the following link:
Visit Site