We’re back with another Premier League prediction weekend here at Betastic, as we edge every closer to the business end of the season. With the top four fight and relegation battle still ongoing, we’re on hand to bring you the very best Premier League tips, predictions and more. 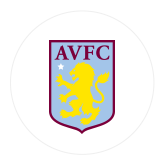 Europe Out of Reach for Villa

Villa’s 2-1 defeat to Man City in the midweek now means that Europe looks to be out of reach for Dean Smith’s side. Villa had defied most Premier League predictions to impress this season after narrowly staying in the Premier League last year. However, Villa have struggled in the absence of captain and starman Jack Graelish. The Villains have won just two games in the last ten and now sit 11th in the Premier League. Still, a derby win against West Brom this Sunday could see them climb back into the top half of the table. 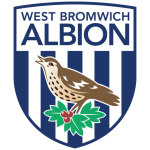 Safety a Stretch Too Far for the Baggies

While realistically still within their grasp, any hopes of avoiding relegation will be all but quashed should the Baggies fail to get a result at Villa this Sunday. West brom had looked doomed previously, until back to back wins over Chelsea and Southampton reinspired hopes of another Big Sam SOS success. However their 3-0 loss to leicester last time out showed very little fight, and is not the result they would’ve needed ahead of a derby. Sadly, our Premier League predictions don’t look great for the Baggies.

The reverse derby fixture back in December was a sore one for West Brom, as they lost 3-0 at home and went down to ten men before the end of the first half. Captain Jake Livermore got a straight red in the 37th minute when his side were already losing 1-0. The sec ond half was therefore barely a contest as Villa looked comfortable, sealing the clean sheet and the win with two further goals. Prior to that game, the last four meetings had been played in the championship, with each of the last three games serving up a red card.

Below we’ve provided you with the result of the last five games between West Brom and Aston Villa as well as three statistical highlights. We’ve used all of this information and more in order to bring you this Premier League prediction weekend here at Betastic.

Having analysed the above information, our Premier League predictions today point to a slender win for Aston Villa.

Villa to See Off Local Rivals

Despite league positions, West Brom are, ever so slightly the more in form team out of the two. Added to that, West Brom will feel that they have a chance to hurt Villa who are without Jack Grealish. However, the 3-0 loss at Leicester does look to have hurt West Brom, who are themselves without Ivanovic and potentially Robert Snodgrass. Villa’s last win was against Fulham, who are also in the bottom three, just one place ahead of West Brom. We therefore see Villa getting the job done, but they have conceded in each of their last five games – and that’s a pattern we expect to continue. Despite not scoring against Leicester, West Brom scored eight in their previous two wins. Our betting tip for today is therefore to back a Villa win plus both teams to score at odds of 4 with Bet365.

Tip: Home Win + BTTS
Odd: 4
Bet Now
×
Your Bonus Code:
The bonus offer was already opened in an additional window. If not, you can open it also by clicking the following link:
Visit Site