The Premier League is finally back, with the opening round serving up one of the biggest fixtures on the calendar this Sunday: the Merseyside Derby! We’ve taken a look back at how things were pre shutdown, plus both teams’ preparations over the break, to bring you our betting tips for this game.

It’s a derby that’s sadly been one sided in recent years, and the gulf in quality has only grown since Jürgen Klopp’s arrival at Liverpool in 2015. However, could Everton’s fortune’s be about to change with Italian supercoach Carlo Ancelotti at the helm? 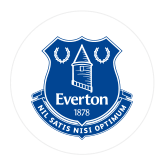 While Carlo Ancelotti has managed to steady the Everton ship since arriving in December, their last game before the enforced break was a 4-0 defeat to Chelsea, showing the defensive woes that Plagued the first half of their season are still there. Prior to the defeat at Chelsea, Everton had managed to score in their previous 8 premier league games, so finding the net is not a huge problem for the Toffees, especially with Calvert-Lewin and Richerleson leading the line. They only kept 1 clean sheet in those 8 games and 2 of them were defeats, further highlighting Ancelotti’s need to sort out the defence.

No Goodison title party for Liverpool

City’s Wednesday night win at Arsenal has denied Liverpool the chance at holding a title party at the home of their local rivals, but that should do little to quell the motivation of Klopp’s men, who have no doubt been anticipating this restart more than most. Liverpool’s near flawless form had taken a massive dip before the break as they crashed out of the Champions League thanks to an Atletico Madrid turnaround and suffered their first league defeat of the season at the hands of Watford, however they got back to business with a 2-1 defeat against Bournemouth just before things broke off.

The Merseyside Derby certainty hasn’t been kind to the Toffees over the past decade, as Everton haven’t recorded a win since October 2010, Everton captain Seamus Coleman being the only current player from their side who was playing that day. Since then Liverpool have won 12 and the two sides have shared the spoils 9 times. Everton’s two games against Liverpool made for even poorer viewing for Toffees fans, as a 5-2 drubbing at Anfield against a weakened Liverpool side in December was followed by a 1-0 FA Cup defeat in January against a side that was effectively Liverpool’s youth team.

Max. Bonus
£30
Bet Now
New customer offer. Place a min £10 bet on the Sportsbook on odds of min 1/2 (1.5), get £30 in Free Bets. Rewards valid for 30 days. SMS verification required. Only deposits via cards or Apple Pay will qualify. T&Cs apply.

We’d created our betting tip for this week having looked at statistics this season, past meetings between the sides and both teams’ preparations over the 3 month enforced break. While there’ll be no title party for Liverpool, Klopp’s Merseyside glory looks set to continue this Sunday.

Having analysed all of the above information, we can’t see anything other than an away win for the Red’s on Sunday, though we can’t rule out a goal from the Toffees.

Reds to take one step closer towards the title

A win for the Reds on Sunday at Goodison would mean they could set up a potential midweek title party at Anfield against Crystal Palace, and there’s nothing stopping us from betting against them doing so. Klopp’s men will be raring to get off the leash more than most and come up against a mid table Everton side with nothing left to play for other than pride this season – and no home crowd to egg them on. Whatsmore is that Liverpool’s frightening front 3 of Salah, Mane and Firimino are all fit and likely to start for the first time this season, which will be worrying for Everton considering they conceded 5 against a Liverpool side that was missing 2 of those 3.

Our betting tip for this match is Liverpool to win both halves, which you can place on odds of 4.2 with Betfair.

Tip: HT/FT: Liverpool/Liverpool
Odd: 4.2
Bet Now
×
Your Bonus Code:
The bonus offer was already opened in an additional window. If not, you can open it also by clicking the following link:
Visit Site