The Portuguese is finally back with some weekday action as reigning champions Benfica host bottom half Tondela in Lisbon on Thursday. Before the league was forced to a halt way back in early March, Benfica were left just a single point behind league leaders Porto after a shaky run of form.

With the title race still on, Benfica should have the motivation to win this one, while the visitors sit a tidy 9 points above the drop zone so aren’t playing for much more than pride. Still, Tondela don’t give goals away too cheaply so it won’t be a breeze for the Lisbon giants. 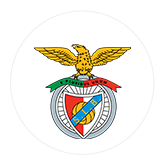 Despite a bad start to 2020, which saw them drop points in the league and crash out of the Europa league, Benfica go into the restart with the prospect of a domestic double still very much a realistic possibility. They sit just a single point behind league leaders Porto, the same side they’re due to play in the Portugal Cup final when it gets rescheduled. Benfica’s poor February form was characterised by them dominating possession but failing to capitalise when playing the so called lesser teams. The Eagles are plagued by a couple of injuries, most notably Brazlian veteran Jardel.

Tondela to keep the scoreline respectable

Tondela are sitting all the way down in 14th place, and had been in a horrible run of form before the enforced 3 month pause, having lost 3 and drawn 2 of their last 5. Tondela’s struggles this season have been down to their lack of fire power up top, with the team having found the net just 20 times this season. Despite their terrible form, they don’t tend to suffer heavy defeats, with a 3-0 defeat against Vitoria FC being the only occasion this year that they’ve conceded more than 2 goals, so we can expect them to keep the scoreline low.

Since Tondela’s promotion to the Portuguese top flight in 2015, they haven’t exactly fared well against the country’s most successful club, as Benfica have won 8 of their 9 meetings. In the reverse fixture back in October, Benfica scraped past Tondela 1-0, a respectable result for Tondela given the financial girth between these two sides. Although this is far from the best Benfica side we’ve seen in recent seasons, this is still a game of David vs. Goliath proportions. While Benfica were winning titles for fun and regularly representing Portugal on the European stage, Tondela were an amateur village club.

Having looked at the short history of league games between these two sides, the first of which took place just 5 years ago, and considering the gap in both finances, quality and stature, we’ve created our betting tip for this one with a Benfica win in mind.

Our betting tip for this one is a Benfica win, but by a slim margin as history has shown us Tondela have gotten better at keeping the scoreline low.

With Porto playing away to Famalicão the day before, Benfica will go into this one knowing they can either go top or keep the pressure on the Dragons with a win in Lisbon on Thursday, depending on Porto’s result. This Benfica side looked very shaky before the enforced break, which might actually have come at a good time for the Eagles.

With Brazillian striker Carlos Vinicius and Portuguese midfielder Pizzi, Benfica have the league’s two top scorers, with 24 goals between them. With both fit to start, we’d bank on one or both of them scoring on Thursday evening.

That said, Tondela have only lost this fixture by a single goal the last two times they met, so we’re not expecting a Benfica rout but do expect them to grab more than one. Our betting tip for this match is Benfica to win by 2 goals at odds of 4 with Bet365.

Tip: Benfica win by 2 goals
Odd: 4.0
Bet Now
×
Your Bonus Code:
The bonus offer was already opened in an additional window. If not, you can open it also by clicking the following link:
Visit Site