This week we’re bringing you our Bundesliga football betting tip from the BayArena as top 4 chasing Bayer Leverkusen host champions Bayern Munich in a match that’s crucial for both teams’ season. We’ve taken a look at this season’s form plus the history between the two sides to bring you our predictions for this match.

A win for the home side could see them sneak into that 4th Champions League spot, while a win for Bayern Munich would almost put them out of Dortmund’s reach. There’s a 7 point gap between the top two sides, so the title’s fate is firmly in Bavarian hands. 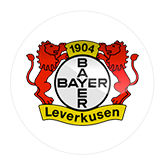 While they suffered a setback in the form of a shock 4-1 defeat to Wolfsburg on match day 28, Leverkusen bounced back quickly to beat Freiburg 1-0 away, keeping those Champions League places well within touching distance, as they sit behind 4th place Borussia Mönchengladbach only on goal difference. All eyes will once again be on 20 year old German superstar Kai Havertz who likes scoring important goals in important games. The youngster sealed Leverkusen’s win last weekend and bagged a brace in their crucial 3-1 away win over top 4 rivals Mönchengladbach, so we expect him to step up again this weekend. 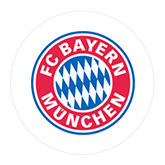 Bayern have one hand on the Meisterschale

The most successful club in German football look set to do it again, but this season hasn’t been an easy step in their quest to complete a decade of dominance. In the first half of the season, it looked almost certain that Bayern’s run was going to end at 7 titles, after a disastrous start to the season under Niko Kovac. However since Hansi Flick took over in November, Bayern have transformed into a seemingly unstoppable unit, as they are currently on a 19 game unbeaten run in all competitions and have only suffered 2 league defeats since the German legend took over.

If Bayern’s title hopes this season are to suffer a setback, this is the place it’ll most likely happen, as the Reds have a poor record at the BayArena, and recently against Bayer Leverkusen. Bayern have one just 1 of their last 6 visits to the BayArena, while Leverkusen are on the hunt for a Bayern treble this weekend, having triumphed over the Bavarians the last 2 times the teams met. However despite Leverkusen’s recent success against Bayern, recent history shows that overall this is a favourable fixture for the Bavarians, who have won 6 of their last 10 meetings.

Max. Bonus
Bet Now
New UK customers only. Min Deposit: £10. First Deposit matched up to £10. 1x Wagering at odds of 1.75+ to unlock Free Bet. Paypal deposits only. £10 can be split however you like. Full Terms Apply. 18+ begambleaware.com T&Cs apply

Having analysed recent history, this fixture is a tough one to call, as the absence of fans in the stadium might make the BayArena less daunting for Bayern than it has been in recent years. One thing we can say for certain, is that there will be goals.

Having taken everything into account, most importantly Bayern Munich’s unstoppable form either side of the enforced break in 2020, we’re predicting an away win, but with goals at either end.

Bayern to win, but Havertz to impress

While this will be no easy test for the Reds, recent form points to Bayern changing their luck in Leverkusen. We can expect Lewandowski to add to his 29-and-counting goal tally for the season as he looks almost certain to pick up the golden boot, while their solidity at the back has recently been characterised by Alphonso Davies’ blistering runs back to prevent counter attacks. Despite Bayern’s prowess in all areas of the park, we can expect Kai Havertz to run Bayern’s defence ragged and slip one past Manuel Neuer, as the young German sensation will be setting out to show Europe’s top clubs (including Bayern) what he’s made of.

Our betting tip for this week is a Bayern Munich win + both teams to score at odds of 2.38 with Betway. If you’re looking for first or anytime goal scorers, Robert Lewandowski and Kai Havertz are the obvious choices.

Tip: Away win + BTTS
Odd: 2.38
Bet Now
×
Your Bonus Code:
The bonus offer was already opened in an additional window. If not, you can open it also by clicking the following link:
Visit Site