They sit side-by-side at the rock bottom of the Premier League standings after three unsuccessful outings. Arsenal looks to turn the tide of their worst season start for decades, while Norwich City will do anything to not feel the cold hard sting of relegation again – something they have suffered a record five times.

That tension though makes our Premier League predictions today so interesting. It’s when that pressure mounts that you see a clubs’ true strengths, as well as potential cracks. Put simply, we think that you’re in for not only one of the toughest Premier League tips predictions of the weekend but one of the tensest confrontations. 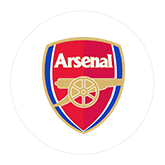 Arsenal’s trio of defeats began against their weakest opponents Brentford but it’s their 5-0 mauling at the hands of Manchester City which was perhaps their lowest ebb. They looked not just toothless here, but immature – best exemplified by the dismissal of Granit Xhaka following a desperate, reckless tackle.

Still, there’s room for hope, not just in their reputation but in the form of their EFL Cup performance. Here, they dismantled West Brom 6-0, as well as in their recent revenge mission against Brentford in a friendly that saw them decisively get their own back in a 4-0 thrashing. They’ll be hoping that this Premier League prediction weekend serves as a prelude to a Premier League comeback story. 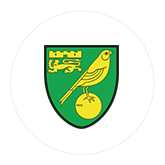 Can Norwich City Change the Pattern of a Lifetime?

Considering Norwich City has now bounced between the top two flights of English football so often, we can’t blame anyone for basing their Premier League predictions here on that decades-old pattern. However, they’ve shown us potential in defeat, especially in the first quarter of their opening contest against Liverpool.

Still, Norwich needs to learn how to turn that potential into points on the biggest stage. It’s possible this could be their coming out party, against a weakened legend of the league. But that would likely require a level of consistency that Norwich has simply been unable to show us thus far.

When you look at the past contests between Arsenal and Norwich City, it really stands as a stark reminder of just how dominant the Gunners have been in the past. While there was a 2-2 stalemate in the Premier League in 2019, you have to go way back to 2012 to see Norwich squeeze out a 1-0 victory – their first since 1992. We’re not talking about years between victories here: we’re talking decades.

Most deflating as well to optimistic Norwich fans will be the fresh memory of their 4-0 loss a little over a year ago.  Put simply, history is overwhelmingly on Arsenal’s side.

Max. Bonus
Bet Now
New UK customers only. Min Deposit: £10. First Deposit matched up to £10. 1x Wagering at odds of 1.75+ to unlock Free Bet. Paypal deposits only. £10 can be split however you like. Full Terms Apply. 18+ begambleaware.com T&Cs apply

The key to better Premier League tips betting is, of course, a grasp of the statistical highlights which contextualise all the passion and emotion of the field and leave you with cold hard facts to help you make smarter predictions. With that in mind, we’ve compiled what we think are the most important stats for this contest below.

While a Norwich upset isn’t totally off the table, we believe Arsenal will rise to the occasion with a dominant performance. Our prediction, therefore, is an Arsenal victory.

You may think that the wheels have completely come off for the Gunners. It’s been a bad start, with some very poor moments for sure, but they’ve shown as recently as September that they still have plenty left in the tank. In their behind closed doors contest against Brentford, the new talent and changes to the team appeared to finally bear fruit – particularly in the form of an excellent performance by Cédric Soares.

Put simply, Norwich City needs a perfect storm of an excellent performance on their side, and the worst we’ve seen from Arsenal in the last few weeks, to be considered likely victors. Based on the progress Arsenal have made, we just don’t think that’s going to be on the cards. It’s possible, but all signs still point to a likely Arsenal win to get their season started, despite many bumps on the road so far.

Tip: Arsenal Win
Odd: 57/100
Bet Now
×
Your Bonus Code:
The bonus offer was already opened in an additional window. If not, you can open it also by clicking the following link:
Visit Site