BETTING ON GAME OF THRONES: THE BEST BETTING MARKETS 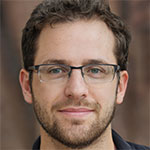 Knows all about Bookmakers

Writing was not the first call for Ryan Warburton, a valued contributor to Betastic.com – instead, it was bookmakers that drew his initial interest. Ryan believes he inherited his interest in bookmaking from his grandfather, who worked in a betting shop for much of his life. Ryan mirrored this career path while at university, working front-of-house at an established bookie and learning the ins and outs of the trade.

Fancy betting on TV shows? Betting has come a long way over recent years, with TV shows and specials now popular markets with top bookmakers. As well as competition-based reality shows, scripted dramas have attracted novelty gambling interest, and betting on Game of Thrones is among the most interesting wagering opportunities right now.

The show has taken a break between its penultimate and final seasons, allowing room for speculation and for fans to eye the changing Game of Thrones odds, mulling over the question of who will end the show’s run atop the Iron Throne, ruling over Westeros? To find out more about the possibilities available, and how to make the most of your Game of Thrones betting, read on.

Not sure where to bet? Get the best odds on Game of Thrones with these top operators!

Bet £10 Get £30
Bet UK Sports Bonus
Bet £10 Get £30
Bet UK Review
***** Visit Site
T&Cs apply, 18+
Highlights
T&Cs apply . New customers on mobile only. 7 days to claim and stake £10 minimum bet at odds of 1.5 or greater to qualify. Free, void, cashed out or partially cashed out bets do not qualify. Max 3x £10 free bets credited on bet settlement. Free bets must be used on 4 or more selections with selection odds of 1.3 or greater. Free bets are non-withdrawable and stake not returned with winnings. 7 day expiry. 18+ BeGambleAware.org

WHO WILL RULE WESTEROS? YOUR PREDICTION MAY HAVE ODDS!

The main market for any sports bet is always to do with winning, which raises the question: What is meant by the Game of Thrones “odds to win”? The answer is in the “Who will rule Westeros” odds that most bookmakers are carrying. In many cases, it seems like a straight choice between Jon Snow and Daenerys Targaryen; however, Jon’s cousin, Bran Stark, is actually favourite with some bookmakers. It’s also worth noting that these core three characters are widely expected to survive through to the end of the story, making them unwise choices in the “Game of Thrones: Who Dies?” odds that are a very popular secondary market.

ALL MEN MUST DIE: THE MOST MACABRE GAME OF THRONES BETTING MARKETS

As a show that seemed to build the first season around Sean Bean’s character, Ned Stark – and then killed him before the final episode – Game of Thrones has built a reputation as a show that’s not afraid to shock viewers with a sudden, grisly end to a popular character (we’re still not over the demise of Oberyn Martell, if we’re honest). As there will be no more story to write after Game of Thrones Season 8, death odds are available on every character who has made it this far. Even Jon and Daenerys aren’t off-limits, but the best value may lie in antagonists who have been built up over the previous seasons. You can get odds on Game of Thrones characters dying, and how they will die – we’ll see more on that later – but one tip is to look at minor antagonists, such as Euron Greyjoy, who seems sure to die as part of his nephew Theon’s redemption story arc.

Prefer things a little more light-hearted? You might want to try your luck at betting on The Voice and Love Island betting!

MAXIMUM BETTING FUN WITH PLOT TWISTS TO KEEP US ALL GUESSING

GoT writer George R.R. Martin has developed a reputation as a man more than happy to shock his readership, a willingness that the TV developers also chose to embrace. This predilection for shock is worth keeping in mind when betting on dramatic outcomes. Few people would have had money on the Queen of Thorns successfully assassinating Joffrey Baratheon, for example. Furthermore, if online betting on Game of Thrones had been a thing back in Season 3 (it wasn’t, because the books had already told the story up to that point), you’d have got long odds on Robb Stark meeting his grisly end so soon, and few people imagined Dany would enter the final series without one of her dragons, Viserion. In short, when you’re considering Game of Thrones Season 8 death odds, and any other markets, be prepared for the unexpected.

HOW TO IMPROVE YOUR GAME OF THRONES ODDS

In football or horse racing, you can go on past form to make confident predictions on what will happen next. This is obviously trickier in scripted drama, where things happen because a creative writer decides that they should happen. Nonetheless, there are always things you can take into account that allow you to make the most of Game of Thrones betting odds. It helps if you have been watching the show from season one through to the present day – and if you haven’t, there has never been a better excuse to go back and watch the previous seasons! Here’s a few other tips you might want to keep in mind when deciding how to bet…

NEVER TAKE ANYTHING FOR GRANTED

Because GoT is a scripted drama, and one based on a series of fantasy novels, the rules of probability don’t play the same part here as they do in sports betting. A good example of this is when you see a character “left for dead”, as was the case with the ferocious Hound Sandor Clegane at the end of Season 4. All of Season 5 passed with him absent from our screens, until he showed up late in Season 6 doing manual work on a commune. If a character hasn’t died onscreen, assume that they are still alive – and could reappear to upset Game of Thrones Season 8 betting odds.

IF A CHARACTER HAS SURVIVED UNTIL NOW, THERE’S PROBABLY A REASON

With arrows raining down, swords swinging, and a genuinely trustworthy character rarer than a Castle Black foam party, the body count in GoT is already sky-high. All of the Lannister/Baratheon children are dead. Arch-schemer Petyr “Littlefinger” Baelish is dead. The One True King, Stannis Baratheon, is probably dead (but we didn’t technically see him die, so see above for a reason to be suspicious – you may even find him in some Game of Thrones betting lines).

Any character who has survived the slings, arrows, and poisoned pies of the previous seven seasons has been preserved because they have a part to play. Therefore, while Vegas betting on Game of Thrones might suggest the big moments of the coming season will belong to the technically heroic characters like Jon and Daenerys, be cautious. Don’t be too fast to bet against the less “powerful” types like Samwell Tarly or Lord Varys taking a moment of glory by killing off a bad guy – even if they might then be killed themselves.

LOOK OUT FOR PROPOSITION BETS

Although most of the betting is going to be on two key markets – “Who will rule Westeros?” and “Will this character die?” – there are some fun Game of Thrones prop bets to be had, including a range of markets on who will kill whom, how, and when.

Reminiscent of the board game Cluedo, these bets can be fun for true fans of the books or show. Brienne of Tarth offing Cersei Lannister in the Throne Room, using the sword gifted her by Jaime? It’s certainly possible. Sandor Clegane ending his bullying zombie brother Gregor, by fire in Kings’ Landing? That, too, would have a certain poetic quality. These possibilities, and a range of others, are on offer with some bookmakers, and you can even ask bookmakers to create a market based solely on your hunches if you wish.

IS IT A FAIR BET IN A SHOW WHERE ALMOST ANYTHING CAN HAPPEN?

Some may argue about the wisdom of betting at all, on a show where a dragon can be killed by an ice zombie with a heck of a javelin arm and then be resurrected as an ice zombie dragon. They may have a point, but the fact of the matter is that GoT has been running as a TV show since 2011. The first book came out in 1996. Since then, fan theory has – with the help of internet sites such as Reddit, and now here on bettingtips.net – thrived and become a pastime in and of itself.

If you’re betting on football, you can confidently predict that Team A will beat Team B because they have the best players and are at home. In GoT circles, fans have been swapping theories on how Season 8 will pan out since the credits rolled on Season 7. In a show as tightly plotted as this, you can be sure that some of those theories will pan out – and with a little imagination, you may well be able to use this knowledge to benefit from Game of Thrones winner odds.

For more TV betting, why not head over to our guide to X Factor betting?

Having made megastars of some of its contestants and a few of ...

Over recent years, the suitability of reality TV shows for betting markets ...

THE VOICE ODDS 2022: FINDING THE BEST ODDS ON THE VOICE UK

The explosion of reality TV shows since the beginning of the 21st ...

Betting on TV shows and films in now more popular than ever. ...

Whilst many people enjoy wagering on sports like football and horse racing, ...

26
Betting Offers
×
Your Bonus Code:
The bonus offer was already opened in an additional window. If not, you can open it also by clicking the following link:
Visit Site